Renovation of the CAF headquarters | Málaga

The project of renovation of the CAF (Colegio de Administradores de Fincas), the Association of Licensed Property Administrators in Malaga, results from a purely collaborative work, where ideas from three independent professional studios merge in accordance with the CAF board of directors as agent involved in expressing the inherent needs and managing the consequent solutions.

A priori, joining efforts from three unknown teams may seem risky and chaotic. Nevertheless, from GANA Arquitectura we would like to recognise the entire team’s merits and we also would like to give special thanks to the CAF, La Fabbrica and Pablo Cascallana Interiorismo for easing such a complex commission.

Collaborating with such a determined client being aware of what is wanted to be done can only be possible by means of interprofessional respect and a very flexible but attentive coordination. This process was orchestrated with extreme naturalness. All those who are visiting the CAF will understand that the premises have been exceptional spectators of this radical transformation, where light and open spaces reflect the feeling transmitted by the new CAF in all its public manifestations as a result of the new executive body’s wish to generate a more modern and appealing image.

The former CAF had a very solemn and overornated aesthetic lacking two evident elements: light and natural air circulation. In that sense, one of the main renovation manoeuvres consisted on using the façade to associate gaps and rooms thus providing a connecting thread throughout the whole intervention, from the reception area, which was enlarged up to the outer façade and faced with two large windows, to the conference room, which was incorporated into the CAF president’s office, thus creating a well lighted, ventilated and versatile macro working space.

The rest of the intervention reveals a clear intention to clean each room’s inner lines by removing all unnecessary ornaments and optimizing the office’s usable volume. The events room, the main and the intermediate waiting rooms, the archives and the lavatories have been completely renewed and their appearance has been improved by means of neutral but warm flooring and an accordant colour pattern. Premises have also been accessibly adapted in order to ensure equality. Additionally, some rooms have been incorporated to the daily use, such as the necessary and functional breakfast room, and the façade has been completely modified, thus achieving a coherent corporative image with inside and outside appealing features.

Finally, we used the opportunity of the intervention to replace the air conditioning systems in order to enable their urban integration and efficiency, thus obtaining a “C” class Energy Certification.

For all of these reasons, and judging by pictures, it can be concluded that the merits of this interesting and successful renovation fall on the whole group of members and the synergy generated among them in their aim of humanizing spaces, approaching users and visitors and, in summary, enhancing the users’ sensory experience obtained in such a bureaucratic and peculiar space that presents such a varying occupancy throughout the course of the day. 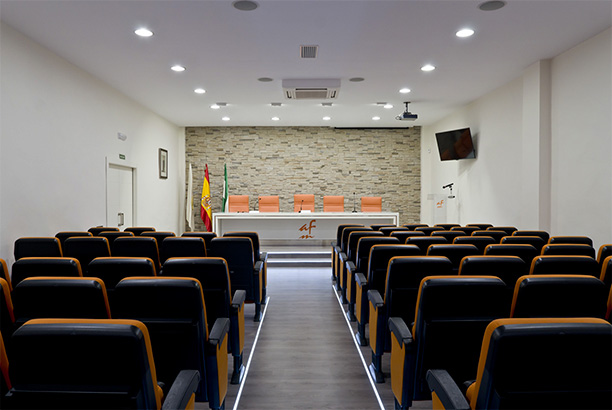 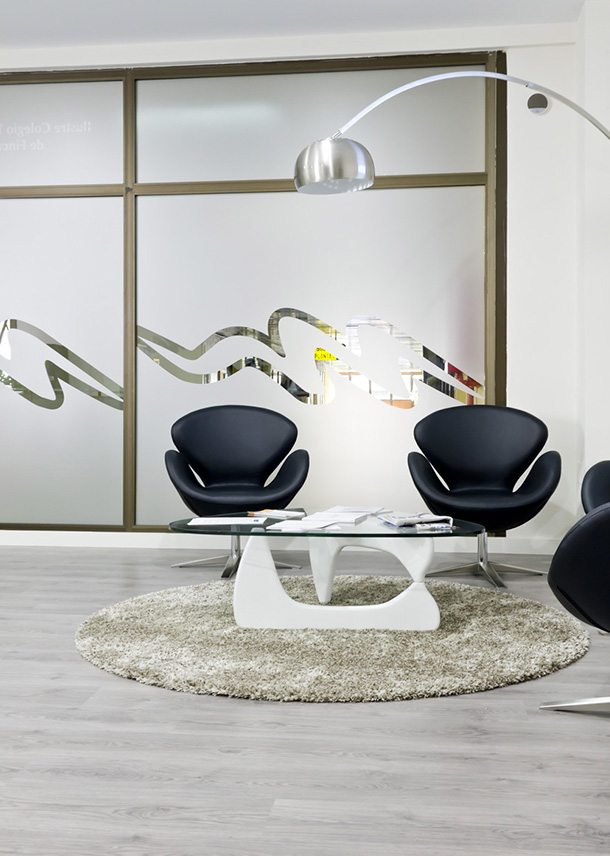